The Medical and Dental Consultants Association of Nigeria (MDCAN) has called for the urgent implementation of the approved upward review of the retirement age for health workers in the country.

According to Premium Times, the association, in a statement issued on Monday and signed by its president, Victor Makanjuola, said this could serve as a short-term measure to bridge the brain drain in the health sector.

Mr Makanjuola said there has been a lot of delay in the implementation of approval, due to administrative bottlenecks.

He said; “The Federal Government through the Honorable Minister of Labour and Employment, Chris Ngige, announced the approval of the upward review of the retirement age for medical doctors and other health workers some months back.

“However, there has been a lot of delay in the implementation of approval, due to administrative bottleneck and unnecessary bureaucracy.”

He noted that its implementation has become an emergency given a mass exodus of consultants and other health workers to developed countries. 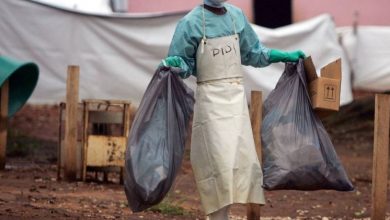 NSCDC arrests 3, for dealing In adulterated petrol in Osun state

Man strips and flog his girlfriend over alleged infidelity In Kwara (Video)
June 21, 2022

”I killed my Nigerian girlfriend because she refused to marry me after eating my money” – Chinese man confesses
September 19, 2022