Roro Vibz was born and Raised in Kaduna state & Abuja where he started his music career as a chorister in Church.

He’s been said to have been part of a Music duo called Umu Enugu which consists of 3 talented young lads, that produced and lunched their first album in the year 2008, after which they all went solo to pursue their individual career in Music.

He had his NYSC done at Nigeria Television Authority Asaba Delta State in 2018, before tolling between Abuja/Lagos to continue his musical career

He has done couple of songs in the past, which include; The popular songs; Abeg, Shower your blessings, Totori Love, Toke amongst others.

He is also set with his first body of work, an Extended Play (EP) titled LOVE & GOOSEBUMPS.

In his words, He said;  “LOVE & GOOSEBUMPS is a good place to start” as he claims this is really his first official project, that the previous ones are for awareness creation

Roro Vibz is a promising young Nigerian Artiste, known for his smooth love song covers and he has been cutting edges, paving way to gaining a place in the Entertainment industry

Watch our for him, checkout his melodious songs and keep sharing his works
He has come to stay….. 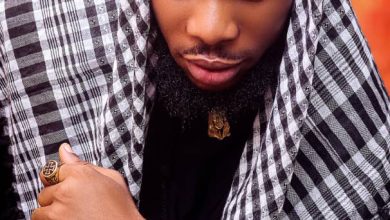